I wouldn’t let Yuletide pass without wishing all our readers the best Christmas, and happiest New Year possible. The storm rages, and the angry waters of chaos churn and boil all around us. Yet in the hearts of those who cross the bridge connecting their souls to heaven, peace is profound. Knowledge conquers fear, courage is the flower of faith, and inner silence conquers all.

Like so many readers, I have been forbidden to see my family and friends. I haven’t seen my dear brother since Christmas last, and he today remains unseen. The hurt and sadness we all feel and share as one, in these revelatory moments, is sacred, and profound precisely because these moments are being shared by billions of us all at once. Can you imagine how it will be when the table turns? In one moment all will know that we are free. Just imagine a tidal wave of infectious joy washing over us on that day – when in the streets and houses, fields, and sky, as even on the sea, we all embrace. Pray for it.

Some readers might notice that I haven’t been publishing as much as usual. I have been kept very busy this year composing and recording music from my room, in collaboration with a young producer. It’s a very long-drawn process because my fingers can rapidly grow too painful to use, and don’t recover quickly. That doesn’t stop me doing it though. So far I’ve no idea when or where we might publish. Stay tuned.

To the many who like and follow our blog, I thank you sincerely for your interest. I have been unable to ‘like’ your blogs for many months, due, no doubt, to some bug in wordpress. If/When it is fixed, you’ll see me on your blogs again.

Until then, and whenever I post again, may this Christmas reveal its sacred core of divine truth in every readers heart.

A very happy, and holy Christmas to everyone.

I heard the bells on Christmas Day
Their old, familiar carols play,
And wild and sweet
The words repeat
Of peace on earth, good-will to men! 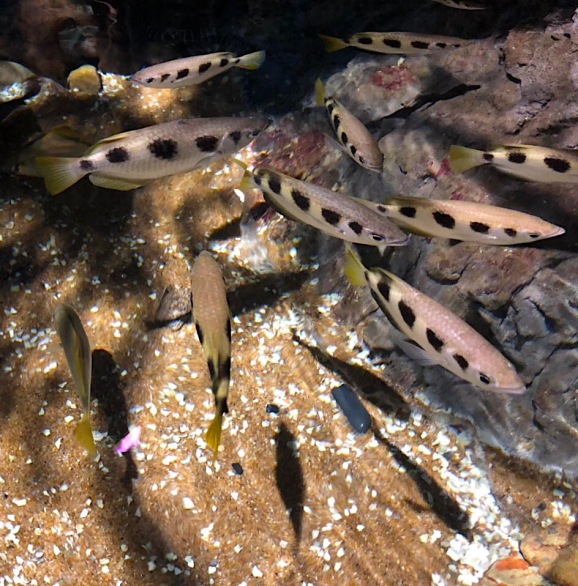 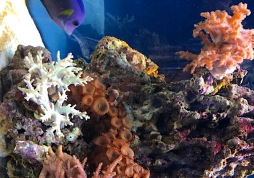 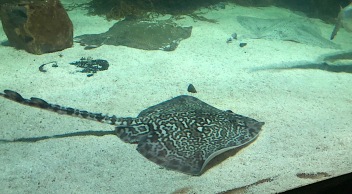 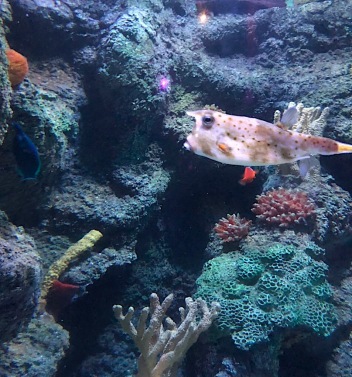 Greetings, and best ever Christmas wishes to you. These pics were taken recently at a nearby Public Aquarium.

I feel that from the point of view of these marvellous and beautiful creatures, their world is a sort of prison. We have built a prison for them, even as we build prisons for ourselves. Encouragingly enough though, these particular captives don’t seem to suffer from any shortage of stimulation in this well-kept artificial habitat of theirs. How lovely it is too, to see the faces of visiting children light up in wonder at their first ever glimpse of these living marvels.

I wish that all captive creatures* were treated so well; and I hope that one day soon, we will agree to honour them all, and nature, in deep and wiser ways.

With that, may I wish you strength, and peace, to carry you into what promises to be a very stimulating New Year.

Be undivided in your affectionate kindness for all life. Keep your mind flexible. 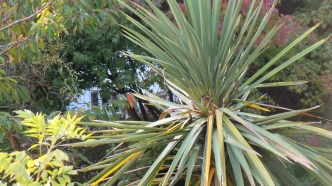 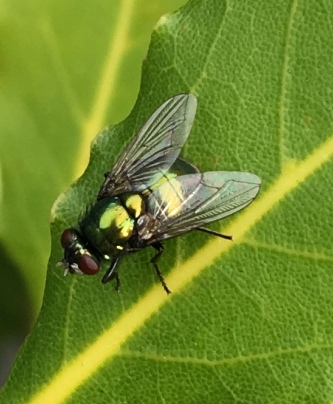 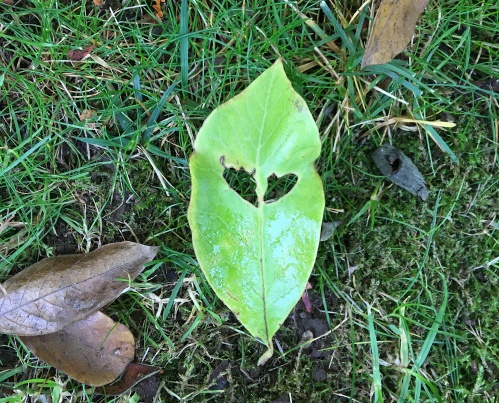 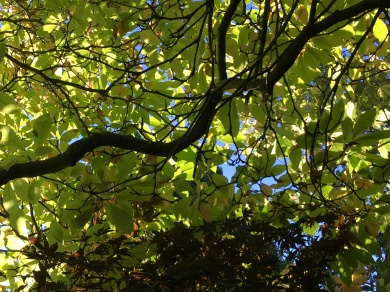 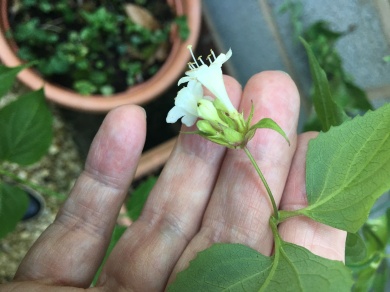 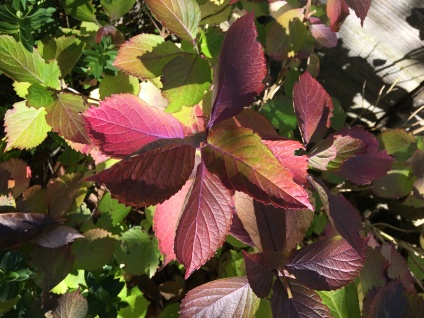 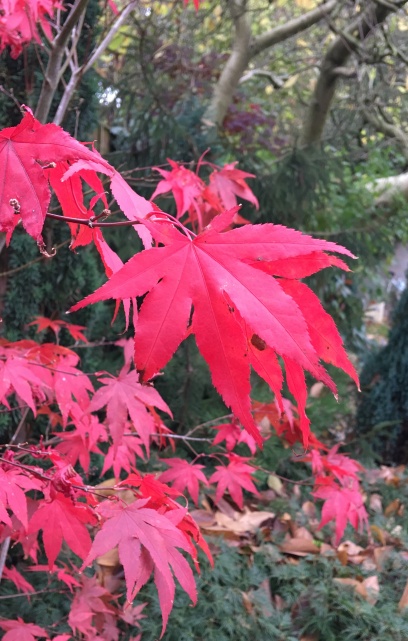 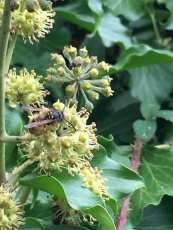 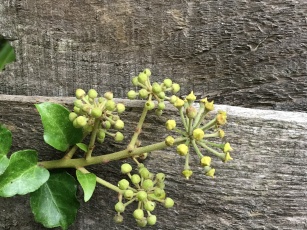 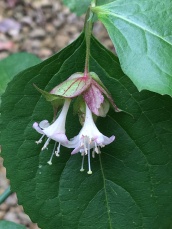 Greetings. Autumn’s finest, as viewed in various corners of our garden throughout October. With leaves so red beneath a sky so rarely this blue of late, what a blessing it is indeed to enjoy the garden on a sunny day. And although it’s becoming bitterly cold at times, well, there’s always Christmas to look forward to.

When the sun still shines in our hearts, on even the darkest of days, then we can always see the road ahead. The sun never shines in anger, or in judgement. It never shines for one, and not the other. It harms none but those who aren’t prepared.

The poet Charles Causely wrote “I am the great sun, but you do not see me”. May we never be so blind – because the sun is an example of the ways of heaven.

I will just insert a note here, to say that I am having technical difficulties when attempting to like some of my favourite blogs. I find great value in all of your works, and always wish to show my appreciation by liking. So please accept my apologies.

Having said that, I hope you enjoyed the pics – and now it’s Namaste, and peace from me.

In my Soul there is a temple, a shrine, a mosque, a church
where I kneel.

Prayer should bring us to an altar where no walls or names exist.

Is there not a region of Love, where the Sovereignty is illuminated nothing,

Where ecstasy gets poured into itself and becomes lost,

Where the wing is fully alive but has no mind or body? 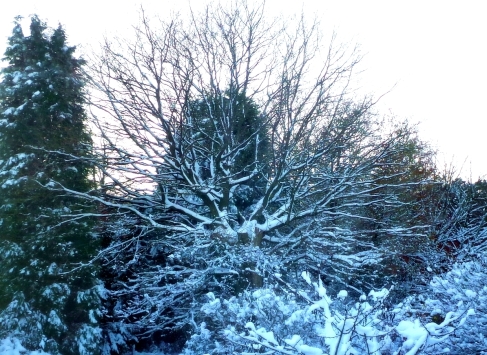 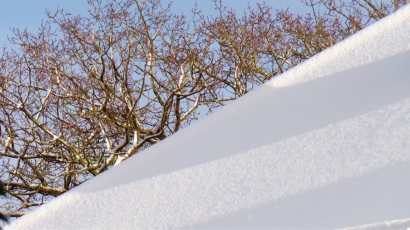 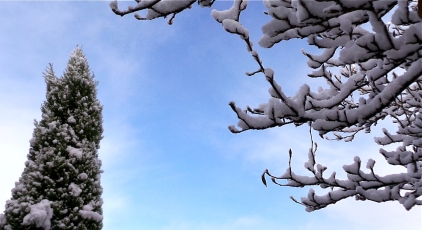 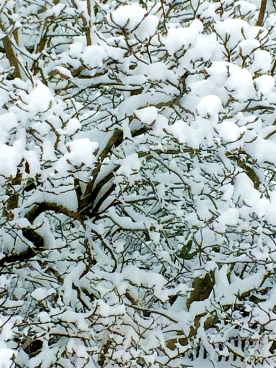 We were treated to a heavy snowfall. It stayed for a week, but now is gone. It was a nice lead up to the seasonal festival here in the hills, where the soundless blanket of frozen crystals fell from the air. It seemed as if we were living in a scene from a Christmas card.

I am old enough to remember snowfalls that almost completely buried the houses where I lived, and which endured for many months. Temporary ski slopes were created in the unlikeliest of places, and I used to go sledding almost every day. Most of the roads were impassable for traffic, so walking to school and back was akin to embarking on an arctic expedition, which came complete with freezing flurries, and howling winds. Also ambushes, and pitched snowball battles with rivals from other schools. That was 62/3. Winters have never been so good since.

One day, I was having a go on my best friend’s freshly waxed sled on the street where he lived. Face first, and like a torpedo, I flew down the hill unstoppably towards the junction at the end, accompanied only by the cold wind singing in my ears. The road down there must have been gritted that morning, because I realised suddenly as I cleared the street, that my head was about to collide with the front wheel of a moving car. He must have been the first driver on that road in months. I just glimpsed the shock on his face, when at the instant his wheel should have crushed my head, I was lifted up by the collar of my coat, still clutching the sled, and was placed standing safely on the side of the icy road. This all happened in the blink of an eye. Thinking that my friend had somehow rescued me, I turned and shouted a heartfelt thanks, but there was nobody there. My friend was a quarter of a mile away. The car slid to a halt, and the driver got out. He said nothing, just gawked at me in what looked like complete disbelief, tinged perhaps with a little bit of fear. Cognitive dissonance, I suppose. Then he drove away, and I never saw him again.

My friend was greatly puzzled, but after an excited debriefing session, we agreed that for us, angels are proven, and nothing would ever take that knowledge away from us. We were nine.

Countless, I’m sure, are the numbers of people, who have, and who will experience such things, and although we live in a world that prefers us to keep it all to ourselves, we will alway know what is really true – and so will our angels. And that has to be a blessing.

I wish you all a blessed Christmas, and a safe and holy season in the arms of the giver of life. Let us remember in our hearts, all those who will not have it so good, and perhaps find time to reflect on the ebb and flow of things that cannot be quantified by any organ other than the heart.

On the Eve of the Winter Solstice, Peace from Amras.

Soundlessly they go,
the herons passing by:
arrows of snow
filling the sky.